Who we Are And why You Should Train Here

Central Texas Tae Kwon Do teaches not only Tae Kwon Do, and Haidong Gumdo, but weapons, cardio kickboxing, Olympic style Tae kwon do sparring, and competition.

We have students of all ages from 3 ½ yrs. old to 67 yrs. old. We have worked with deaf children, autistic children, the physically handicapped, and returning veterans with post-traumatic stress disorder.

We believe that Tae Kwon Do and Haidong Gumdo can not only benefit the individual and the family but the community.

Get To Know Our World Class Instructors

Started Tae Kwon Do Hapkido and Gumdo in 1983 under Master A.W. Choi in San Antonio Texas, while there also studied under Raymond Garcia Jeet Kune Do, Arnis, Kali, Silat, and Tia Boxing.

In December 1986 joined the United States Air force at the age of 21, went to basic training at Lackland Air Force Base in San Antonio TX, then attended technical school at Lowery Air Force base. He stationed Hahn Air Base Germany in 1987 – 1989, continued my Tae Kwon Do and Gumdo training under Master Lee, received a non Kukkiwon 1st degree at Hahn A.B. While stationed in Germany became a PKA style kick boxer under Captain Curry (aka kid curry), taught a self defense class and Tae Kwon Do class, before leaving Germany Master Shadden achieved a fight record of 8 wins and 4 losses. While in Germany received outstanding unit award, Airman of the quarter and Humanitarian award for aiding during air show catastrophe, at Ramstein AB.

In 1988 transferred to Shaw Air Force Base South Carolina, where Master Shadden continued my Tae Kwon Do training on my own. While stationed at Shaw receive Humanitarian award for hurricane Hugo, received outstanding unit award, Airman of the quarter, Recognition letters from my Commanders and first Sargent.

Honorably discharged from the United States Air Force in 1990. Master Shadden moved back to Texas in 1990 and continued to train in Martial arts on his own until 1995 when he moved to LA. And trained under Master Prejuan where he received his 2nd non Kukkiwon 1st degree black belt.

In the year 2000 Master Shadden moved to Waco Texas for work where restarted Tae Kwon Do training with Chang Lee’s Tae Kwon Do in Hewitt Texas, until 2006.While there Master Sadden received His Kukkiwon 1st degree in 2003, 2nd degree in 2007 and his 3rd degree in 2009.

In 2003 Master Shadden started teaching Tae Kwon Do at the competition gymnastics and cheer leading school until the school closed in 2004.

In 2009 Master Shadden opened Central Texas Tae Kwon Do. While with Chang Lee’s became a USTU/USAT and AAU referee, as a referee he has refereed state, collegiate, National qualifiers, Nationals and Fort Worth International, ATU Nationals, along with numerous smaller tournaments.

In 2007, 2008, and 2009 set up and held my own Central Texas Friendship tournaments. I have received appreciation awards for refereeing and volunteering for 2004 nationals, 2005 nationals’ qualifiers.

Master Shadden is also a certified USAT and AAU coach and have coached at state, Nationals, Fort Worth Internationals along with numerous smaller tournaments, in 2003 – 2010. 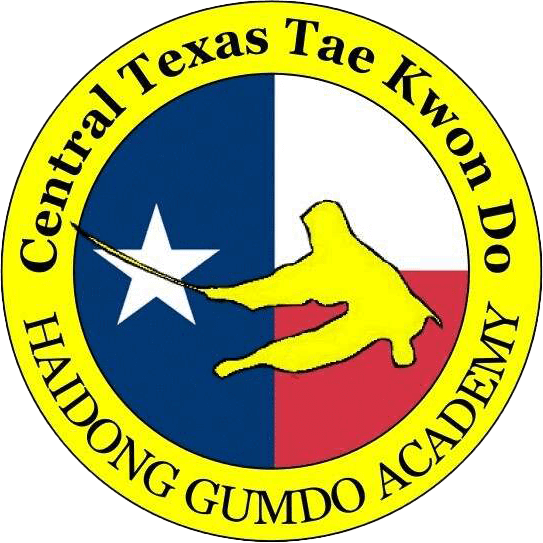